Insurance Adjusters May Now be Sued

Insurance Adjusters May Now be Sued

In March of 2018, the Court of Appeals in Washington state released a decision in the case of Moun Keodalah and Aung Keodalah v. Allstate Insurance Company, et al., in which the court held that insurance adjusters may be found individually liable for bad faith and for Consumer Protection Act (“CPA)” violations.

The Plaintiff, Keodalah, was involved in an auto accident with an uninsured motorcyclist. After Keodalah stopped at a stop sign and began to cross the street in his truck, a motorcyclist struck him.

The collision killed the motorcyclist and injured Keodalah. The Seattle Police Department  investigated the accident and determined the motorcyclist was traveling at a high rate of speed, between 70 and 74 m.p.h. in a 30 m.p.h. zone.

During the accident investigation, the police department reviewed Keodalah’s cell phone records and determined that he was not using his cell phone at the time of the accident.

The investigation by the Seattle Police Department, Allstate, and a company Allstate used to reconstruct the accident concluded that the the motorcyclist’s “excessive speed” caused the accident.

Despite the findings of the various investigations, Allstate offered Keodalah only $1,600, stating that Keodalah was found to be 70% at fault in the accident. When Keodalah asked for an explanation of the offer, Allstate increased its offer to $5,000.

Before trial, Allstate offered Keodalah $15,000 to settle the claim. Keodalah refused and again requested the $25,000 policy limit. The case proceeded to a jury trial.

At trial, Allstate contended that Keodalah was 70 percent at fault. The jury determined the motorcyclist to be 100 percent at fault and awarded Keodalah $108,868.20 for his injuries, lost wages, and medical expenses.

Keodalah filed a second lawsuit against Allstate and the insurance adjuster Smith, alleging bad faith and violations of the CPA. After the trial court held that Smith could not be personally liable for these causes of action, the plaintiffs appealed.

The Court of Appeals reversed the trial court’s decision, finding that RCW 48.01.030 imposes a duty of good faith on all persons involved in insurance, including the insurer and the insurer’s representatives. 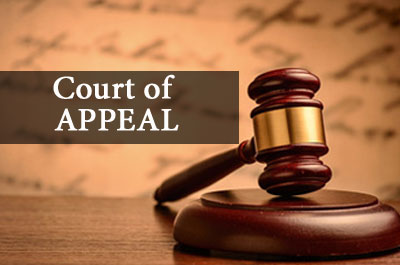 The Court explained that the plain language of the statute was clear, and that because the adjuster Smith “was engaged in the business of insurance and was acting as an Allstate representative,” she could be held personally liable for breaching her duty of good faith.

The CPA prohibits “unfair methods of competition and unfair or deceptive acts or practices in the conduct of any trade or commerce.”

(1) an unfair or deceptive act;

(2) that act occurs in trade or commerce;

(4) injury to the plaintiff in his or her business or property, and

(5) a causal link between the unfair or deceptive act and the injury.

Smith argued that there was a sixth required element: the parties must have a contractual relationship.

The Court rejected this argument, finding that a Plaintiff need not show the existence of a contract between the parties to establish a CPA claim.

The Court found that Keodalah satisfied the required five elements, and thus, held that Smith could be liable for CPA violations.

What does this mean for the industry?

This Keodalah case has large implications in the insurance and construction industries. The holding exposes insurance adjusters to significant legal repercussions for their improper behavior in investigating and adjusting insurance claims.

The Keodalah case makes clear that insurance adjusters may not hide behind a veil of employment, but instead they may now face the same type of liability as the employer itself.

This case serves as a strong warning to adjusters and opens significant legal possibilities to insureds who believe an adjuster has handled an insurance matter improperly.